Crown Plastics Co., Inc., headquartered in Harrison, Ohio (Cincinnati) in a 55,000 square foot ISO 9001:2015 certified manufacturing facility, has been delivering advanced thermoplastic solutions since 1973. In 2008 Crown Plastics expanded internationally with the addition of a manufacturing operation in Xiamen, China.

Crown Plastics is the world leader in the manufacturing of thin gauge UHMW polyethylene due to our unique process of continuous compression molding.

We have the distinction of being the only producer of UHMW in continuous rolls with stock gauges from 003″ up to .125″ and in any length (stock rolls are 100′ and 200′ coils). Crown can also slit material to any width including Metric between 1/4″ and 24″ thereby eliminating waste and extra fabrication on the part of the customer. This process also allows us to be the only source for all of these gauges in a bondable form, thereby allowing UHMW to be used in a variety of applications where mechanical fastening isn’t feasible. This gives us tremendous flexibility in the marketplace in a variety of industries such as transportation, material handling, food processing, agriculture, recreation, printing and packaging and many other hi-tech engineering applications. Crown Plastics Company has mastered the art of surface treatment of UHMW to accept adhesives thereby opening up a wide range of opportunities to apply UHMW. UHMW is available with a pressure sensitive system (peel and stick) or Treated For Bonding where the UHMW is abraded on 1 side and oxidized thereby allowing UHMW to be bonded using epoxies or contact cements. Crown stocks a wide variety of adhesive system in rubber and acrylic to meet the wide range of demands in the market. 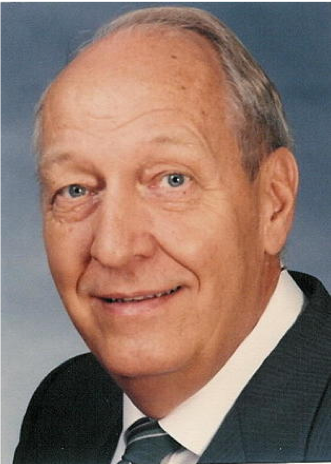 Crown Plastic’s Bob Ellerhorst is the epitome of an American dreamer — A man who began life in an orphanage, worked hard to achieve and, even in the darkest of times, never gave up. His family is forever grateful for what he achieved.

Bob’s journey with Crown Plastics began the way all American dreams begin; he saw an opportunity to provide something lasting for his family. He wasn’t looking for it – the moment simply presented itself. And as with most dreamers, he had no way of foreseeing the crushing challenges he would face along the way.

His story is one of perseverance, of refusing to give up when his business was imploding, not even considering it. In the end, his faith and his family pulled him through. And the opportunity he imagined finally became a reality.

Bob was born in 1928, the youngest of four children. His mother died when he was two years old. His father, a World War I veteran who had earned a Purple Heart in the Battle of Belleau Wood, had little choice but to put his young daughter and three younger sons in St. Aloysius Orphanage in Norwood. At the time, it was not an unusual step to take for a single-parent family with small children.

Decades later, Bob would tell his own children that the orphanage provided a caring environment. The nuns were tough but loving, he would say. The Depression-era food was so-so, he was with his family and he got to see his dad at least weekly. He supposed that the six years he spent at St. Al instilled deep reserves of physical, intellectual and spiritual discipline.

“There was something else, too,” said Gary Ellerhorst, middle-most of Bob’s seven children and today’s Crown Plastics CEO.

“He had a way of getting upset over little things, like if the Reds lost. But in the face of real pressure, he was always calm, always steady. That trait would serve him well through the crisis times with the company.”

Once Bob’s father decided Bob’s older sister, Virginia, was able to look after her brothers while he worked, he moved the kids out of the orphanage and into a small house in Green Hills. Bob graduated from Elder High School in 1946 and, contrary to his father’s wishes he go to work right away, he enrolled at the University of Cincinnati and pursued a degree in chemistry.

Bob married a West Side Cincinnati girl named Marian Reck. He interrupted his education to do a stretch with the Army in Germany during the post-war rebuilding years. He was in Germany when the first of his and Marian’s seven children, a girl they named Janice Marie, was born. When he returned home, he set about to earning his master’s degree at Xavier University and, eventually, his PhD at UC in June 1967.

By 1972, Marian was teaching at Our Lady of Visitation in Mack, where their growing family lived. Bob was teaching organic chemistry at Edgecliff College. A former co-worker from an earlier job approached him with an idea for a business that would become Crown Plastics.

As it happened, Formica had been trying to develop a highly specialized piece of equipment to produced a material called Ultra-High Molecular Weight Polyethylene — UHMWPE for short. Formica had been making UHMWPE for the ski category in combination with fiberglass reinforcement, adding stiffness and improving its flex characteristics. But the ski industry was moving to Europe and away from the U.S., and Formica was looking to divest their UHMWPE business.

“Dad was very happy teaching at Edgecliff, but he saw an opportunity,” Gary said.

Benefits of UHMWPE include friction reduction, noise reduction and abrasion and impact resistance. Crown Plastics gained its first real traction in the mid-70s, when the company offered a solution to the Ford Pinto explosions. The Pinto was a subcompact that became infamous for bursting into flames if its gas tank was ruptured in a collision, caused when a bolt on the car’s frame pierced the gas tank, sparking the explosion.

Bob offered Ford a quick fix — an impact resistant piece of UHMWPE that would absorb the impact and prevent the spark. The part resulted in an infusion of cash into the company, but one that was short-lived when the subcompact car market moved virtually overnight to Japan.

The opportunity Bob saw five years earlier had evaporated. He went without a salary for more than a year. Marian’s teaching salary at Visitation was the family’s only income. The bank froze the company’s assets. CG&amp;E turned off the power four or five times.

It was the darkest of times. But Bob’s family pulled together – and he showed his children the meaning of the adage that crisis doesn’t build character; it reveals it.

Bob’s decision was to move forward – and to keep track of every dollar he owed.

In the early ’80s, chemical giant Dupont began developing carbon fiber composites for stealth technology. Dupont struck a deal to basically rent Crown’s unique machines to process its materials. The arrangement sustained Crown through the decade, enabling Bob to pay what it owed to the bank and the IRS.

“Over the next five years, we surprised a lot of people,” Gary says. “Everybody had pretty much written us off, but they got paid back. The only one who didn’t get paid back was a trucking company to whom we owed $700. It had gone out of business. It was the only one we didn’t pay back because there was no one to pay.”

By 1990, Crown was working at breaking into a different kind of market, something new called snowboarding. In a case of being at the right time and in the right place with the right product, Bob called on a snowboard start-up in Vermont by the name of Burton. Crown was the only company in the U.S. capable of producing the high-end base material snowboard manufacturers wanted, at the right price. European manufacturers were far more costly.

The following year, Crown had its first $6 million year. From 1991 to ’97, Crown was barely able to keep up with its orders. Crown had finally realized the opportunity Bob had seen from the beginning.

Bob retired at the age of 77 in 2005. Crown Plastics was just hitting its stride 12 years earlier when he turned 65. He couldn’t leave it then. No way.

“It was Dad’s will that held it together and finally made it happen,” Gary says.

“The business and his family were his two greatest sources of satisfaction – the first because he felt all along it would succeed and the second because we all pitched in to keep it going when the crisis was on us.”

Today, with Gary Ellerhorst continuing his father’s values and principles, Crown has grown to a business that provides UHMW solutions to many different industries. Most recently, Crown products have become the leader in distribution and material handling markets where the extremely “slippery” material has become irreplaceable in conveyor and chute and noise reduction applications within distribution providers.

Crown Plastics uses cookies to provide you a better experience when visiting our website. For more information, please see our privacy policy. By continuing to visit our website, you provide your consent with the use of cookies.Accept
澳洲10彩开奖 快乐飞艇官方网址 秒速赛车玩法技巧 SG赛车手机软件 秒速赛车分析软件 快乐飞艇人工计划公式